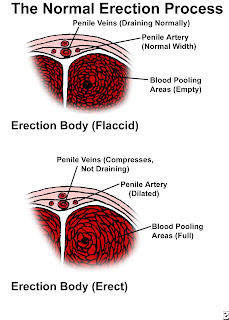 Most impotence isn’t caused by genetics but rather things like obesity, diabetes, heart disease, smoking, drug and alcohol use, stress or anxiety.

But in a study released Monday by the Proceedings of the National Academy of Sciences, researchers say they located a spot in human DNA where genetic variation might boost a man’s risk by about 25 percent.

They found statistical evidence for that by looking in the genetic makeup of about 36,600 men, and confirmed it in a similar study of 222,300 other men. Lab tests then suggested that variation might affect the activity of a nearby gene that’s known to be involved in sexual functioning.

Now scientists want to explore how such variation affects risk of the condition, said Eric Jorgenson, a researcher at Kaiser Permanente Northern California in Oakland and lead author of the paper. It may interfere with the functioning of certain brain circuits, he said.

He said discovering a biological explanation could give clues to developing new treatments for impotence, also known as erectile dysfunction.

Follow Malcolm Ritter at @MalcolmRitter His recent work can be found at http://tinyurl.com/RitterAP