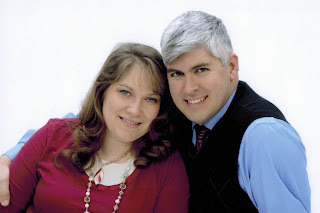 This undated photo provided by Don Williams shows Charles Wesco and his wife Stephanie. Charles Wesco, an American missionary, died Tuesday, Oct. 30, 2018, after being shot in the head amid fighting between armed separatists and soldiers in northwestern Cameroon, the director of the regional hospital said. (Don Williams via AP 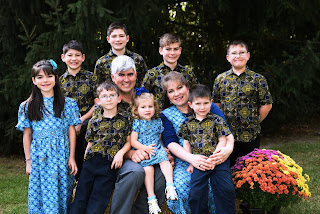 This undated photo provided by Don Williams shows Charles Wesco, his wife Stephanie and their children. Charles Wesco, an American missionary, died Tuesday, Oct. 30, 2018, after being shot in the head amid fighting between armed separatists and soldiers in northwestern Cameroon, the director of the regional hospital said. (Don Williams via AP

YAOUNDE, CAMEROON (AP) — An American missionary died Tuesday after being shot in the head amid fighting between armed separatists and soldiers in northwestern Cameroon, the director of the regional hospital said.

Charles Trumann Wesco, a missionary from the U.S. state of Indiana who had been in the region for two weeks, was rushed to the hospital in Bamenda after he was gravely wounded while in his car, hospital director Kingue Thomson Njie said.

“He died in our hospital after all attempts to save his life,” Njie told The Associated Press.

Wesco’s wife, Stephanie, and eight children were still in Bamenda, he said.

Dave Halyman, assistant pastor at Believers Baptist Church in Warsaw, Indiana, where Stephanie Wesco’s father, Don Williams, is the senior pastor, said that Williams had spoken by phone with his daughter after the shooting.

Reporting Williams’ account, Halyman said the shooting happened as Charles and Stephanie Wesco were in a car being driven by another missionary to the town of Bamnui from the Bamenda suburb of Bambili, where the family has been living. He said Charles Wesco was in the front seat, and two shots hit the windshield and struck him in the head. No one else was hurt, Halyman said.

The family had been in Cameroon for just 12 days before the shooting, Halyman said. He said they had raised financial support for two years and had been to Cameroon two years ago on a survey trip.

“We’re shocked and grieving at what’s occurred. We’re trying to get over the shock of losing someone as wonderful as Charles was,” Halyman said. “While we don’t like this, we understand that God has a great purpose.”

The missionary’s brother is Indiana state Rep. Tim Wesco, who confirmed that his older brother had been killed. “He loved the Lord. He loved people. The Lord giveth. The Lord taketh away. Blessed be the name of the Lord,” he said.

Indiana Gov. Eric Holcomb issued a statement saying that he and his wife, Janet, “are thinking of Rep. Tim Wesco and his family as they grieve the death of his brother Charles. We ask that all Hoosiers join us in offering prayers and condolences to the Wesco family.”

Bamenda is in Cameroon’s Northwest Region, the restive English-speaking area where armed separatists have been fighting with the military while attempting to create an independent state.

Regional Gov. Deben Tchoffo said armed groups staged attacks to stop the reopening of the University of Bamenda, and the military fought back Tuesday. He said Wesco might have been caught in crossfire.

A military spokesman, Col. Didier Badjeck, told AP that the military killed at least four suspects in Wesco’s death and arrested many others. He did not specify if the people detained were military personnel or separatists.

Cameroon’s military said last week after launching attacks on suspected separatist training grounds that “many have been killed.” The attacks happened the day after President Paul Biya was declared the winner of a seventh term.

The increased violence began after the government clamped down on demonstrations by English-speaking teachers and lawyers protesting what they called their marginalization by Cameroon’s French-speaking majority. Armed factions emerged after the government crackdown and have been using violence to push for an independent state they call “Ambazonia.”

Protests against the 85-year-old Biya’s Oct. 7 re-election have been ongoing.

This story has been corrected to show that the victim’s wife spoke with her father rather than the assistant pastor.
Africa Associated Press Cameroon Newsroom Society