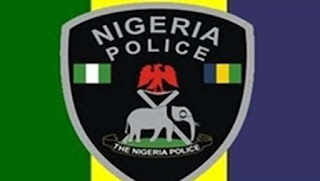 YENAGOA, NIGERIA (REUTERS) - Police in Nigeria recovered $470.5 million in bank accounts related to the state oil company as part of an exercise to recover stolen funds, and the money will be sent to government coffers, the country’s police force said on Thursday.

President Muhammadu Buhari, who won the 2015 election on an anti-corruption ticket, ordered government revenues to be placed in a Treasury Single Account (TSA) at the central bank as part of an anti-corruption drive. Money recovered from alleged graft would also be put in the account.

The police on Thursday said they had launched a nationwide exercise to recover stolen funds, to be placed in the TSA, during which it discovered money related to the Nigerian National Petroleum Corporation’s (NNPC) Liquefied Natural Gas business unit.

Police recovered “$470,519,889.10 belonging to NNPC Brass/LNG Investment hidden in some commercial banks after the directives of the federal government on TSA,” police spokesman Jimoh Moshood said in an emailed statement.

Moshood, who said the recovery followed an investigation by specialist police units, did not state when the money was recovered.

A spokesman for NNPC did not immediately respond to phone calls and text messages requesting comment.

Buhari plans to seek a second term in a presidential elections scheduled to take place in February 2019.

Nigeria, Africa’s top crude oil producer and which has one of the continent’s largest economies, in early 2017 emerged from its first recession in 25 years, which was largely caused by low oil prices.