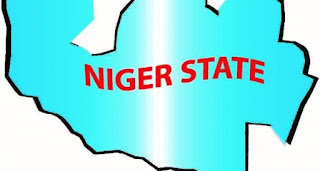 MINNA (THE NATION)--The National Populations Commission (NPoPC) has disclosed that only 30 per cent of births in Niger state are registered leaving 70 per cent of under-one children in the state without birth certificate.

According to the Niger State Director of the National Population Commission, Mallam Uthman Baba, the dearth in birth registration is due to ignorance of the parents especially as 62 per cent of births in the state occur at home.

Speaking at a Stakeholders Meeting for effective campaign on birth registration organized by the National Populations Commission and UNICEF in Minna, Baba said solicited the support of stakeholders to chart a new course which would increase the people’s response to birth registration.

He said that aggressive media campaign for birth registration would soon begin in the state pleading with all stakeholders to support the exercise and mobilize the people especially those with children who are not registered.

“An unregistered child has no identity. Birth registration is a permanent and official record of a child existence by government and it is important in securing the right of a child. We need to step up and change our strategies in birth registration advocacy. ”

On the way forward, the stakeholders suggested that advocacy should be taken to health workers, religious and traditional leaders and community heads stressing on the need to provide the birth registration forms to religious houses to ensure effective registration especially for home birth deliveries.
News Desk Nigeria Nigerian Dailies Society