Asian Stocks Tumble As Comment Period For US Tariffs Ends 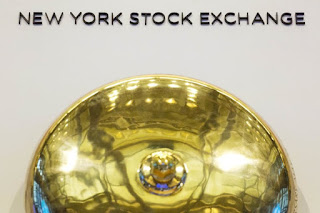 SINGAPORE (AP) — Asian markets fell Thursday on fears that the U.S. is on the verge of imposing tariffs on another $200 billion of Chinese goods in an escalating trade dispute.

WALL STREET: Technology stocks fell on Wednesday as Facebook and Twitter executives testified before Congress, leading most U.S. indexes lower. Facebook Chief Operating Officer Sheryl Sandberg and Twitter CEO Jack Dorsey told a Senate panel they are working to stop manipulation of their services by foreign countries. The S&P 500 index dropped 0.3 percent to 2,888.60. The Nasdaq composite, which has a high concentration of technology companies, gave up 1.2 percent to 7,995.17. The Russell 2000 index of smaller-company stocks lost 0.3 percent to 1,727.65. The Dow Jones Industrial Average added 0.1 percent to 25,974.99, as the weaker dollar saw industrial companies including 3M and Caterpillar posting gains.

US-CHINA TRADE: Traders fear that the Trump administration is on the cusp of imposing tariffs of up to 25 percent on an additional $200 billion in Chinese imports, once a public comment period ends Thursday. These tariffs are the administration’s response to its charges that Beijing uses predatory tactics to try to supplant U.S. technological supremacy. Since March, the U.S. has applied new tariffs of up to 25 percent on nearly $85 billion worth of steel and aluminum and various Chinese products, mostly goods used in manufacturing. Separately, the U.S. and Canada have resumed negotiations to try to keep Canada in an updated North American trade pact that also includes Mexico. Canada’s trade envoy sounded positive after three hours of talks, and investors are confident Canada will be included in the final deal.

ANALYST’S TAKE: “An adverse announcement by the U.S. will invoke retaliatory tariffs from China, and this could rattle already nervy markets amid escalating trade tensions,” said Vishnu Varathan, head of economics and strategy at Mizuho Bank.