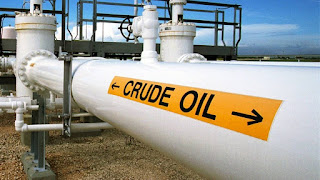 * There are still a few smaller programmes yet to be released, but so far October is shaping up to be fairly hefty, based on available loading schedules seen by trading sources.

* So far, at least 38 cargoes of Nigerian crude will load in October, for a daily rate of 1.12 million barrels per day, up from around the same level for September and the largest supply programme since July’s 51 cargoes.

* Traders say there are still nearly 30 unsold cargoes from the August and September programmes combined, while a handful of Angolan September cargoes were still said to be up for grabs.

* Last week, the three major Nigerian loading programmes were released and showed supply of Bonny Light, Forcados and Qua Iboe will decline in October to around 544,000 bpd, from September’s combined 630,000 bpd.

The Angolan programme for October meanwhile has increased to 49 cargoes after four Gindungo cargoes were added to the preliminary programme. September had 47 cargoes.
TENDERS

* Taiwanese refiner CPC is seeking an undetermined amount of light sweet crude for October delivery. The results of the tender were expected by Wednesday.