Targeting The Turning Point Of Eviction 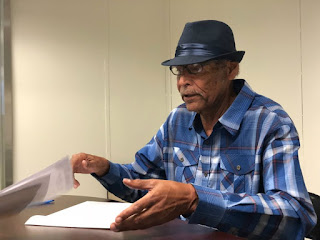 Terry Williams, at the Inner City Law Center offices in Los Angeles on August 7, 2018. Williams, 71, lives in South Central LA with his wife, and says his stomach dropped when he first got an eviction notice in July. Image: David Gorn