Nigerian Smuggler Arrested In Punjab With Heroin Worth Rs. 1.8 Crore 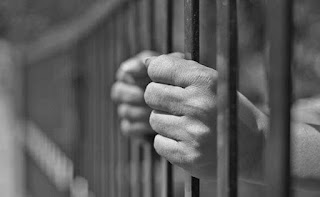 
CHANDIGARH, INDIA (NDTV) -- The police described Frank Margin, 27, as a big fish, who was in touch with several Afghan nationals in Delhi and Afghanistan for supply of contraband to drug smugglers

The Punjab police have arrested a Nigerian drug smuggler with two kilograms of heroin worth Rs. 1.8 crore, and tightened the noose around foreign nationals, especially from Africa, engaged in smuggling of narcotics, a senior police officer said on Tuesday.

The police described Frank Margin, 27, as a big fish, who was in touch with several Afghan nationals in Delhi and Afghanistan for supply of contraband to drug smugglers in the national capital and Punjab.

Currently residing in Delhi, Margin headed a gang of drug smugglers, who were all African nationals, said SSP Rupnagar, Swapan Sharma, adding that police were now trailing other gang members.

Investigations revealed that Margin was in regular touch with more than 25 drug peddlers in various districts of Punjab, and had, in the July alone, sold nearly 3.5 kg of heroin and 60 gm of drug ice in the state.

Mr Sharma said the police investigations were now focused on cracking the modus operandi of the gang headed by Margin, whose main area of operation had been Chander Vihara, Uttam Nagar and Dwarka areas of Delhi.

Amid reports of foreign nationals indulging in large-scale smuggling of drugs, Chief Minister Amarinder Singh had issued strict directives to the police to trace and nab all such foreigners.

The issue had also been discussed on Monday at the regional conference of chief ministers to draw up a joint strategy against drugs in northern states.

While Haryana was in favour of verification of foreign students before grant of study visa, Uttarakhand had noted during the meeting that schools in Doon were hesitant about taking in foreign students due to the increasing number of cases of involvement of such students in drugs.

Data available with Punjab Police shows that in 2017, as many as 39 cases were registered against foreigners under the NDPS Act, with 50 Africans arrested in these cases.

Of these, 42 were from Nigeria. A total of 6.38 kg of heroin had been seized from the suspects in these cases.

In 2018 so far, 20 cases have been registered, with arrest of 24 Africans, including 42 Nigerians, with a total seizure of 21.55 kg of heroin and 6 kg of opium, Mr Sharma said.
India News Desk Nigeria Society