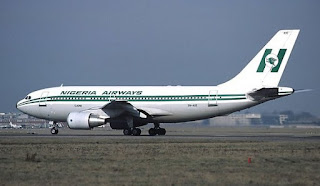 LAGOS, NIGERIA (INDEPENDENT) – As the Federal Government is still dilly-dallying about the payment of N45bn as final severance packages to the ex-workers of the defunct national carrier, Nigeria Airways, one of the major staff of the airline last week in Kano State passed on after unable to pay medical bills.

Alhaji Bello Da’U, former Company Secretary and Legal Advisor to the airline, it was gathered, died in a hospital in Kano on July 28, 2018, thereby bringing the total number of deaths recorded among the staff of the airline to 845 since the carrier was liquidated in 2004.

Majority of the deceased died as a result of their inability to procure even N2,000 drugs while some of them became destitute while waiting for the Federal Government to pay them their severance packages as promised on liquidation.

A family source to the deceased told our correspondent over the weekend that Da’U was only sick for a few days and taken to the hospital, but the family members could not raise his medical bill, which led to his abandonment and eventual death in the hospital.

The news about his death was broken to Da’U’s ex-colleagues by his son, Mr. Bashir Bello Da’U.

Since the payment was announced and approved by the Federal Executive Council (FEC) last September, no fewer than 200 staff of the former national carrier had passed on.
Lagos News Desk Nigeria