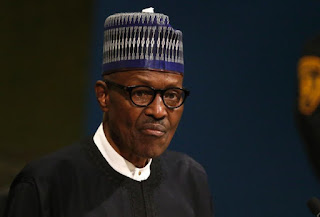 
ABUJA (AFP)--More than a dozen senators left Nigerian President Muhammadu Buhari's ruling party for the main opposition on Tuesday, in a move seen as a challenge to his bid for re-election.

"Over 15 people have decamped, have defected," Senate President Bukola Saraki said in the National Assembly.

"Fifteen senators have just announced their defection from the APC to the PDP," said Saraki's spokesman Olu Onemola. Nigeria's upper house has 109 members.

The list of senators includes Rabiu Kwankwaso, a former governor of the key northern state of Kano, who lost to Buhari in the APC presidential primaries before the 2015 election.

Rumours of potential defections have been swirling in recent weeks because of deteriorating relations between the executive and legislature.

Buhari has held closed-door meetings with the ambitious Saraki, who despite being a member of the ruling party believes he has been marked out as a critic and rival by the presidency.

Saraki's hand has been seen in claims from lawmakers that the security services were being used by the government to target perceived political opponents.

Many of those under investigation or on trial for corruption are PDP members. Saraki himself defected from the PDP to the APC before the last election.

Earlier this month, Saraki was cleared at Nigeria's Supreme Court of corruption charges, which he said were politically motivated.

Police on Monday summoned Saraki in person to answer claims he was linked to a gang that conducted a violent armed robbery in April in his home state of Kwara.

Saraki on Monday evening called the invitation a "ploy" to stop the mass defection and said the police were being used by the executive to conduct a political "witch hunt".

On Tuesday morning, police surrounded his house in Abuja but he managed to make it to parliament.

"The security services are being used to settle political scores," said Cheta Nwanze, of SBM Intelligence, a Lagos-based advisory firm.

"Security forces have been amenable to the will of the executive but what has happened now is that the sheer impunity at a level that we've not had since the military era."
AFP Buhari News Desk Nigeria Politics Society