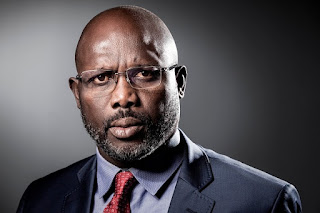 MONROVIA, LIBERIA (THE NEW DAWN)--President George Manneh Weah has resubmitted to the National Legislature a Bill with modifications, to repeal some sections of the Penal Law of Liberia in an effort to decriminalize free speech and create an unfettered media environment.

“Honorable Speaker, Chapter 111, Article 15 of the Constitution provides for Freedom of Speech and expression and a caveat of an abuse thereof. Additionally, Liberia is a signatory to the Table Mountain Declaration which demands that African countries abolish insult and criminal defamation law,” the Liberian Leader said.

The President also reminded the National Legislature of the legal instruments on press freedom Liberia established, such as the Freedom of Information Law (FOI) and the Independent Information Commission.

According to President Weah, “Liberia, in anticipation of fully adhering to these legal instruments; enacted the Freedom of Information Law and established the Freedom of Information Commission. However, there appears to be challenges in the full implementation of these as Section 11.11: Criminal Libel against the President; Section 11.12: Sedition; and Section 11.14: Criminal Malevolence of the Penal Laws of Liberia tends to impede freedom of speech and expression and acts committed thereof are considered to be criminal.”

President Weah emphasized the important role Mr. Kamara played in convincing national government to repeal provisions on the Penal Law of Liberia, which impede freedom of speech and independence of the press in Liberia but did not succeed.

‘Therefore, the purpose of this Act is to repeal sections of the Penal Laws that have a tendency of making Liberia non-compliant,” President Weah underscored.

The Liberian leader described the action as a proof of his government’s commitment to uphold the constitution, Table Mountain Declaration and other International Treaties relating to the Press and press-related activities.
Liberia News Desk Politics West Africa