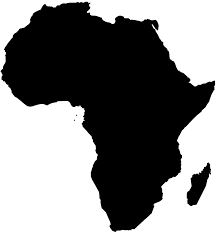 (REUTERS)--Morocco's hopes of hosting the 2026 World Cup foundered on the failure to secure a united African vote as the country lost in its fifth attempt to stage the global event, the north African country's bid team said on Wednesday.

Eleven African countries voted for the joint North American bid of the U.S., Canada and Mexico, who will host the 2026 finals after a 134 to 65 vote triumph in a poll of FIFA member associations at the Congress of world soccer's governing body.

"We were very hopeful but, at the end of the day, if you lose a certain number of votes from your own continent, and from some of our Arab brothers, who flipped coins, then you have no chance," said Morocco bid ambassador Daniel Amokachi.

The former Nigeria international striker had earlier made an impassioned plea to the Congress to back a bid for another World Cup in Africa after South Africa hosted the 2010 tournament.

Joseph-Antoine Bell, the ex-Cameroon goalkeeper who was another of the high profile players who had lobbied over the last few months for the Moroccan bid, added: "We are very disappointed for two reasons: first we thought Morocco on a sporting basis had the better candidature even against a much larger set of countries; and secondly because the African countries that voted against us are not fighting for our emancipation."

The issue of Western Sahara, the former Spanish colony which Morocco annexed in 1975, led to the likes of South Africa, Guinea, Mozambique and Zimbabwe voting for the joint North American bid.

Their governments support the Polisario liberation movement, who oppose the Moroccan occupation, and recognise the exiled government of the self-proclaimed Sahrawi Arab Democratic Republic.

The other African defectors were Benin, Botswana, the Cape Verde Islands, Lesotho, Liberia, Namibia and Sierra Leone and, although mathematically their loss was not decisive, the prospect of a failure to get Africa solidly behind Morocco's bid did damage its cause, officials added.

The defections will also come as a blow to Confederation of African Football president Ahmad, who had promised Morocco a united front and travelled extensively in recent weeks to try to fix emerging cracks.
Africa Ahia Mgbede FIFA Sports World Cup