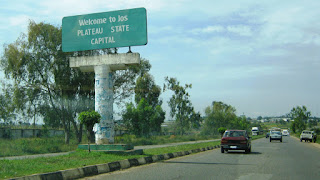 Image Via The Guardian


LAGOS (THE GUARDIAN)--Clerics have claimed that with the incessant threats by terrorists and killings witnessed recently in the country, Jihadists are taking over Nigeria.

This was disclosed yesterday at the national prayer for Nigeria and Lagos state, organised by Ministers of God Prayer Network International (MGPNI) with the theme: “Destroying Satanic Manipulation and Killings”.

The National President, MGPNI, Bola Oyegbami, said with the mass killings and destruction experienced almost on a daily basis, it is evident that jihadists are already in the country.

Meanwhile, the university of Lagos Muslim community has also condemned the killings of over 100 persons by alleged Fulani herdsmen in Barakin-Ladi and Riyom local government areas of Plateau State.

According to the Chairman, UNILAG Muslim Community, Lai Olurode, the gruesome killings of fellow Nigerians by suspected Miyetti Allah members cannot be defended on any ground and as a body, they totally condemned it in strong terms.

Urging citizens to be agents of change, he advised that the killings must not be used to score cheap political points.