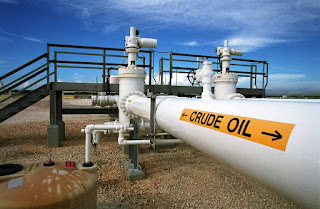 LONDON, MAY 30 (REUTERS) - Angolan cargoes were gradually clearing on Wednesday, helping nudge crude differentials higher, while unfavourable arbitrages and an influx of U.S. grades into refineries in northwest Europe and the Mediterranean continued to undermine the Nigerian market.

* State firm Sonangol was said to be offering Dalia at a discount of $1.30 to dated Brent. Only a couple of cargoes remain from the June programme and about half the July programme has now sold, although Asian buyers have been more reticent in the last few weeks, traders said.

* Unfavourable arbitrages both east and west have hurt demand for West African light sweet crudes, particularly from traditional buyers such as Indian refineries that have started to snap up shale instead.

* Traders said a handful of cargoes remained from Nigeria’s June loading programme. With stiff competition for buyers in Europe and Asia from both Mediterranean and U.S. grades, Nigerian crudes have felt the pinch badly in the past few weeks.

* Force majeure on exports of Bonny Light crude remains in place, according to a spokesman for Shell on Wednesday, while repairs are ongoing on the Trans Ramos pipeline, which feeds crude to the Forcados terminal.

* Iran’s crude oil exports have declined slightly in May, according to estimates from a leading tanker-tracking company, in the first sign that the threat of U.S. sanctions may be deterring buyers.

* India’s Reliance Industries, which owns the world’s biggest refining complex, imported 1.26 million bpd in April, down 3.8 percent from March and down 10.7 percent from a year ago, according to data from shipping and industry sources.

TENDERS
* Indonesia’s Pertamina issued a tender to buy August delivery cargoes. The tender closes on May 31 and remains valid until June 5. The company is seeking up to 650,000 barrels of condensate for delivery in July and August through a tender, trade sources said.