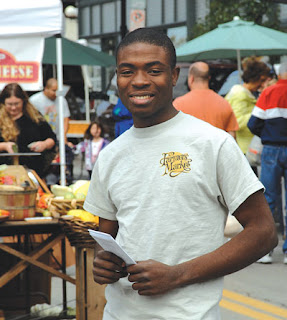 Announcing the appointments, Green Africa described Singh as “a senior industry leader with over 35 years of experience.” As well as serving as Caribbean Airlines VP-operations, Singh has twice held the role of Caribbean Airlines acting CEO in 2013-14 and 2016-17.

Green Africa Airways is led by CEO and founder Babawande Afolabi, a former investment banker for Morgan Stanley. Afolabi started work on the new carrier in 2014.

VivaColombia founder and former CEO William Shaw is on Green Africa’s board and former American Airlines CCO Virasb Vahidi is working on the project as a senior executive advisor.

Former Aero Contractors chief pilot Anselem Okojie was originally named as Green Africa’s director of flight operations, but he left in the beginning of May because of an unexpected change in his personal situation.
Lagos Nigeria Press Release Society