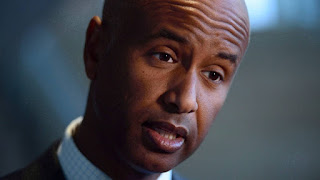 Nigeria has given assurances it will help dispel "myths" that illegally crossing from the U.S. is a shortcut to Canada, and will issue travel documents to facilitate the removal of unsuccessful asylum seekers.

Immigration Minister Ahmed Hussen visited Nigeria to meet with senior officials and other groups to discuss the spike in the number of Nigerians who are abusing U.S. travel visas to enter Canada illegally. Those officials, including Nigeria's foreign affairs minister, promised to help tackle the problem by spreading a "deterrence" message, and to issue travel documents for those subject to removal from Canada.

"Getting that assurance and that commitment from them is extremely important. We will follow up with that commitment to make sure those documents are issued," Hussen told reporters in a conference call.

The lack of a passport can seriously delay, and in some cases, prevent, the removal of people whose refugee claim has been rejected.

More than 7,000 people have entered Canada outside official border crossings so far this year, and more than half of them are Nigerian, Hussen said. Of those, more than 75 per cent had a valid travel visa to the U.S.

Since Canada raised the issue with the U.S., American officials have been applying more rigourous screening procedures to the visa application process. That has led to a 10 per cent increase in the refusal rate.

Hussen gave several media interviews in Nigeria to get the message out. In Canada, MPs are also reaching out to diaspora in their ridings.
Dispelling 'myths'

"There is misinformation being directed toward some Nigerian nationals, and they are being told that going to Canada and crossing the border is a free ticket. So we're dispelling those myths, and part of that includes social media campaigns, making sure that we interact with Nigerian communities in Nigeria, in the United States and in Canada," he said.

Hussen emphasized that the vast majority of Nigerians who come to Canada do so legitimately as students, tourists or businesspeople. There is also a "good news" story in the thousands of Nigerian immigrants who have come to Canada through the regular channels and contribute to Canadian society, he said.

Akin Oduntan, public relations officer for the Nigerian Canadian Association, wants to send the message that if people want to come to Canada, they should go through the legal immigration route. He reminds people that Canada has various programs and streams to apply for immigration.

"We tell them, you come to Canada illegally you may not necessarily get your status as you imagine," he said. "It's always safer and better to go through the legal process that Immigration Canada has provided. We try to help them understand that."
Legitimate process

Oduntan doesn't know why so many Nigerians are suddenly choosing this route, but speculates that some unscrupulous immigration consultants, or those posing as consultants, are making money by giving out false information. He says some don't want to be patient enough to go through the legitimate process, and don't understand they are actually jeopardizing their chances for a life in Canada.

With so much public attention on Nigerians illegally making their way into the country, he worries it could harm the reputation of Nigerians in Canada.