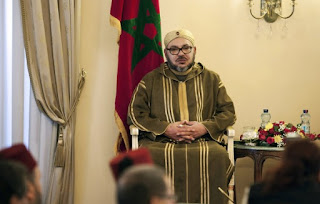 Morocco has claimed Western Sahara since colonial power Spain left in 1975. But Polisario fought a guerrilla war for independence for the Sahrawi people until a United Nations-backed ceasefire in 1991, monitored by UN peacekeepers.

"This month Hezbollah sent (surface-to-air) SAM9, SAM11 and Strela missiles to the Polisario with the connivance of Iran’s embassy in Algiers," he told reporters.

There was no immediate Iranian reaction to the Moroccan move or accusation. Iran has backed Polisario in the past.

Hezbollah denied in a statement that it was training and arming Polisario and said Morocco had taken its decision under "American, Israeli and Saudi pressure".

Algeria, Morocco's neighbour, hosts camps for people displaced by the conflict region and Polisario members but denies giving military aid to the group.

Bourita said he had just returned from Iran after informing it of Morocco's decision to sever relations. Rabat's ambassador has already returned home and Iran's charge d'affaires will be expelled on Tuesday with immediate effect, he said.

The Western Sahara region has effectively been split by an earthen wall separating an area controlled by Morocco that it claims as its southern provinces and territory controlled by the Polisario, with a U.N.-mandated buffer zone between them.

Morocco also cut diplomatic ties with Shi'ite Iran in 2009 after accusing it of questioning Sunni rule in Bahrain, a Gulf Arab island that has a Shi'ite majority.

Diplomatic relations were restored in 2014, but they were never strong, with Rabat enjoying close ties with Tehran's regional rival, Sunni-ruled Saudi Arabia.