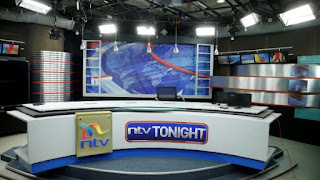 An empty studio of the NTV channel, which was shutdown by the Kenyan government because of their coverage of opposition leader Raila Odinga's symbolic presidential inauguration in February, in Nairobi, Kenya, February 1, 2018. Baz Ratner/Reuters. Image via CFR

AFRICA (COUNCIL ON FOREIGN RELATIONS)--Each year, Reporters Without Borders (RWB) publishes a list of 180 countries rank-ordered according to the degree of freedom the media enjoys. RWB uses objective criteria, which it outlines on its website. It cautions that it is measuring media freedom, not media quality.

Its list is divided into five bands, from best to worst.

The bad news is that the twenty-eight African countries in the bottom half of the list outnumber the twenty-one in the top half. Further, Africa’s largest states by population are in the bottom half: Nigeria, Ethiopia, and the Democratic Republic of Congo. The good news is that the top half includes almost all of the states of the southern cone (Namibia, South Africa, Botswana, and Lesotho), Ghana, and several francophone states around the continent, such as Senegal, Madagascar, Niger, and Ivory Coast. Other good news is that the five African states comparable in media freedom to the United States include two large, important ones: Ghana and South Africa.

The RWB index provides a useful tool for comparing media freedom around the continent. It also provides yet another example of the diversity of the African continent. With respect to media freedom, Ghana and South Africa, for example, are far removed from Sudan and Eritrea.