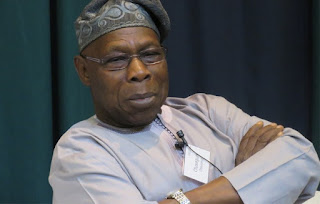 The News Agency of Nigeria (NAN) reports that Mr Obasanjo had on Monday while addressing a group of youth who visited him at his country home in Abeokuta described the Buhari administration as a failure. This is not the first time he will be dying this in recent months.

Mr Obasanjo also asked the All Progressives Congress (APC) -led government to stop complaining about the challenges it met on the ground.

“What we have now is failure. Never you reinforce failure, let failure be failure… Those of you who are in business, your business could have been better today if we have a competent and effective and performing government.’’

However, the President’s Special Adviser on Media and Publicity, Femi Adesina, who responded to Mr Obasanjo’s comments in a telephone interview on Channels Television on Monday, said the assessment was not new.

“Already, the statement issued few months ago by the Minister of Information and Culture, Lai Mohammed, in response to the earlier criticism made against the government by Obasanjo had adequately addressed the issues raised.”

He maintained that the APC-led federal government would keep making reference to the failures of the past administration with a view to guiding against such mistakes in future.

According to Mr Adesina, the Buhari administration has successfully tackled mismanagement of the nation’s economy, as Nigeria now has more savings in its foreign reserve than ever before.

The former President had earlier issued a 13-page statement, criticising Mr Buhari’s performance and concluded that Mr Buhari should not seek re-election in 2019.

The statement attracted mixed reactions from a cross section of Nigerians, including politicians and opinion leaders from within and outside the country.
Abuja Buhari Nigeria Olusegun Obasanjo
Reactions: