'In Nigeria You Can Never Escape Malaria' 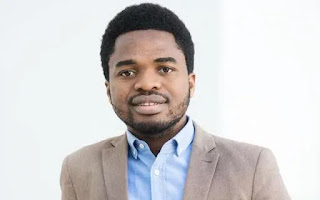 Elvis Eze, a Nigerian doctor, has witnessed many severe cases of malaria CREDIT: MALARIA NO MORE Via the London Telegraph

NIGERIA (LONDON TELEGRAPH)--Elvis Eze, a doctor from Nigeria currently working in Bart's Hospital in London, has witnessed at first hand the suffering that malaria wreaks.

As an emergency doctor he has seen the most extreme cases: children dying from the disease and pregnant women losing their babies.

Despite this, he says that Nigerians are mainly complacent about a disease which killed more than 100,000 people in their homeland in 2016 alone.

"If 100,000 people died in a year from violence that would be big news. But because it's malaria, no-one thinks about it," he says.

"When I worked in the emergency room you would see kids come in with full blown malaria - they would be having seizures or unconscious. They could survive the disease but surviving is a very broad term - some are left with long-term disability," he says.

He says the community is complacent about a disease which is very much part of the average Nigerian's life.

"Growing up in Nigeria you can't escape it. If you have a fever your parents tell you it's malaria and you take an anti malarial.

"Everyone has either had malaria or knows someone who's had it. There's a complacency around it - but if people came to the emergency room and saw the cases I see, they wouldn't be complacent," he says.

And despite Nigeria having the largest share of deaths from the disease– around 40 per cent – there is little education.

"When you get down to the nitty gritty and ask people how malaria is transmitted, and whether they know that stagnant water attracts mosquitoes, they can't tell you. Education is an uphill struggle," he says.

"There's a huge loss of productivity in a young age group. It's normal to go into work and two of your colleagues are off sick because of malaria – and this is in a country which complains about unemployment and low GDP," he says.

Dr Eze hopes that the Commonwealth Heads of Government Meeting will see his government commit to developing the health system as a whole, rather than throwing money at treatment measures..

Dr Eze adds: "This is one of the biggest killers in my country but it's a disease that can, and should, be eliminated."
London News Desk Nigeria Society