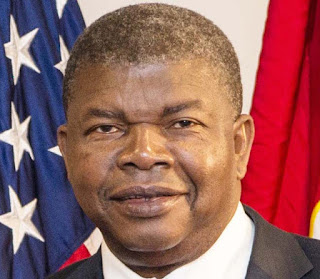 
LUANDA (REUTERS) - The IMF indicated on Wednesday that it was receptive to a request from Angola for non-financial assistance to help it implement economic reforms.

Africa’s second-largest crude producer continues to suffer from lower oil prices, which have caused a dollar liquidity squeeze that has made it difficult for foreign companies to repatriate profits and discouraged many from investing.

The finance ministry said on Tuesday it wanted a deal with the IMF known as a Policy Coordination Instrument that “will help to improve the external credibility of our country with positive impact on the ability to attract Foreign Direct Investment”.


In a statement, the ministry said it was seeking help in implementing its “Macroeconomic Stabilisation Plan” - effectively the economic policy of the new government.

The IMF confirmed receipt of the request, saying it “stands ready to help Angola address its economic challenges by supporting a comprehensive policy package”.

The statement explained that while the Policy Coordination Instrument does not involve any IMF financing, the policies supported under it must meet the same standard as those required under a standard IMF loan.

President João Lourenço, who took over last September after 38 years of rule by José Eduardo dos Santos, has said he wants to bring about an economic miracle in Angola by opening up to foreign investment and diversifying away from oil.

Oil accounts for over 90 percent of exports by sub-Saharan Africa’s third largest economy.

A severe shortage of dollars has deterred foreign investment; on the streets of the capital Luanda, a dollar goes for nearly twice the official rate.


However, a devaluation of some 30 percent to the dollar this year has gone some way to closing the gap with the street rate.

Angola has been trying to persuade international banks to rekindle dollar correspondent relationships with the country, which were cut over the past few years due to perceived compliance risks in doing business there.