US Treasury Slams Sanctions On Nigeria’s Al-Barnawi, Others 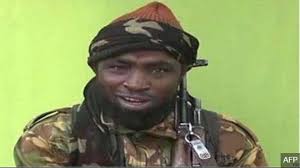 NIGERIA (PUNCH) -- The United States Treasury Department has added one organisation in Nigeria and other six organisations in Africa and Asia to its sanctions list for global terrorism.

Two individuals — including Abu Musab Al-Barnawi of Nigeria and Mahad Moalim of Somalia — were also added to the list for their connection to the Islamic States, the US Treasury said on Tuesday.

The Treasury’s Office of Foreign Assets Control said on its website that at the group level, Bangladesh, Egypt, the Philippines, Somalia, Nigeria and Tunisia were on the list.

The US State Department said in a separate statement that, including the latest additions, it had designated 40 Islamic State leaders and operatives dating back to 2011 under an order aimed at denying them access to the US financial system.

“These designations are part of a larger comprehensive plan to defeat ISIS that, in coordination with the 75-member Global Coalition to Defeat ISIS, has made significant progress toward that goal,” the statement said, using a common abbreviation for Islamic State.

This effort “is destroying ISIS in its safe havens, denying its ability to recruit foreign terrorist fighters, stifling its financial resources, negating the false propaganda it disseminates over the internet and social media, and helping to stabilize liberated areas in Iraq and Syria so the displaced can return to their homes and begin to rebuild their lives,” the statement added.

Islamic State fighters were driven last year from all the population centers they occupied in both Syria and Iraq, but Washington still considers them a threat, capable of carrying out an insurgency and plotting attacks elsewhere.

On February 9 this year, the OFAC took action targeting ISIS’s global facilitation network by designating three individuals and three entities as Specially Designated Global Terrorists pursuant to Executive Order (E.O.) 13224, which targets terrorists and those providing support to terrorists or acts of terrorism.

These actions are part of a continued whole-of-government effort to identify and expose individuals and entities that provide support to ISIS and advance the violent terrorist group’s operational activity. As a result of today’s designations, all property and interests in property of these persons subject to the US jurisdiction are blocked, and US persons are generally prohibited from engaging in transactions with them.

“The Administration is committed to defeating ISIS wherever it operates, denigrating its illicit revenue streams, and pursuing all financial conduits,” said Treasury Under Secretary for Terrorism and Financial Intelligence, Sigal Mandelker .

“Each individual and entity targeted has contributed to the spread of ISIS’s terror reach in their respective corner of the world. Treasury will continue to relentlessly target ISIS support networks, and ensure that the US and international financial systems are not being exploited by terror operatives,” Mandelker.
Islamic Jihadists Islamic State Nigeria Somalia Terrorism