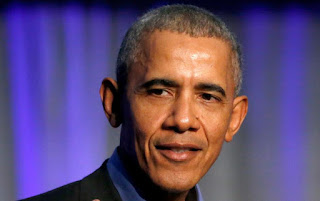 COLUMBUS, OHIO(AP) — A Democratic group backed by former President Barack Obama said this week it plans to invest millions of dollars in state-level elections in 11 states this year, with its heaviest focus on Ohio.

The National Democratic Redistricting Committee, led by former U.S. Attorney General Eric Holder, said this year's election cycle is critical to affecting the congressional redistricting process. It is the first cycle whose winners will participate in drawing congressional maps for the decade starting in 2021.

The push comes amid bipartisan national concern that political gerrymandering, the process of drawing maps that benefit one party over another, has led to partisanship, gridlock and incivility in Washington.

"In 2011, Republicans created gerrymandered districts that locked themselves into power and shut out voters from the electoral process," Holder said in announcing the group's electoral targets on Wednesday. "By focusing on these state and local races, we can ensure Democrats who will fight for fairness have a seat at the table when new maps are drawn in 2021."

In Ohio, a perennial political battleground, the committee plans to support Democrats for five offices — governor, auditor, secretary of state, Ohio Senate and Ohio House — as well as pushing a redistricting ballot measure.

The group also participated in the Virginia House last year, and has targeted both its House and Senate in 2019. On its watch list are ballot initiatives in Arizona, Missouri, South Dakota and Utah; the governor's and state Senate races in Maine; and the governor's, state Senate and state House races in New Hampshire.

Ohio lawmakers sent a bipartisan redistricting compromise to the statewide May ballot in a vote this week.
Barack Obama Democracy Society The Associated Press United States