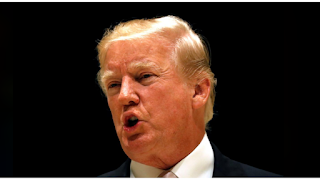 He was responding to a text message from Reuters in which he confirmed that Ambassador Stuart Symington had been summoned. He gave no more details.

Trump reportedly made the remarks at a private meeting with lawmakers on immigration on Thursday. A U.S. senator who attended the gathering said the president used “vile, vulgar” language, including repeatedly using the word “shithole” when speaking about African countries.

The U.S. president on Friday denied using such derogatory language. But he has been widely condemned in many African countries and by international rights organizations. African Union countries demanded an apology on Friday. 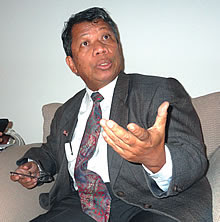 Nigerian Tribune Interview When you see a man who is brilliantly excelling in any duty post, that person’s success may not be because of his intellectual capacity or capability to harness logistic alone. There must also be a judicious admixture of passion. Passion was what the Tribune Tourism Magazine ‘s crew of Wale Ojo-Lanre and Wale Olapade found written all over The High Commissioner of Malaysia in Nigeria, His Excellency, Nik Mustafa Kamal Nik Ahmad, when he granted an interview at the moderately furnished Malaysian House, located on Rio Negros Close, off Yedseram Street, Maitama Abuja. Nik Ahmad is a journalist’s delight any day. Cool, calm and collected. He logically and sequentially responded to our questions without any ill feelings, no matter how sensitive and provocative the question might be. “Your country seems to be ruled by wicked people who enact wicked laws, one of which stipulates hanging as a sentence for drug traffickers.” Instead of him raking on you, t 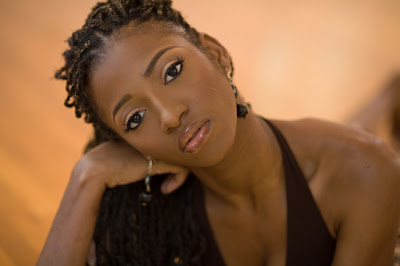 Well, it's closing up. The D-Day is just around the corner and from what it looks like the contestants are not taking anything for granted. Much has been said already and the panel of judges are now battling with the anxiety stuff in what they probably think would be a fair judgement to the winner on that Saturday that starts the month of November in the year of our Lord Two Thousand and Eight. How about that? For 21-year-old Cameroonian-born Danielle Mingana Frankie Fochive, it's anybody's game and she is battle-ready to a gathering that brings down the house where Africans are doing some great stuff to help Motherland Africa, the origin of man in scientific terms. Danielle has done pretty much besides her academic pursuits of being an eye doctor or oncologist based on how she makes up her mind in the course of her studies at Montgomery College at Takoma Park in Maryland. Volunteering in churches, 'participatring in bible study with children, ' organizing in fund