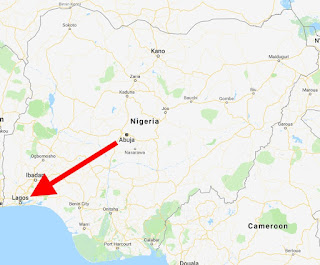 TAIPEI (TAIWAN NEWS) -- Under pressure from Nigeria, Taiwan has taken out "Republic of China (Taiwan)" from the name of its de facto embassy in the west African country and has changed its name to "Taipei Trade office in Nigeria," reported CNA.

Speaking on the condition of anonymity, an official from the Ministry of Foreign Affairs told CNA that the name of Taiwan's representative office has formally been changed from the Trade Mission of the Republic of China (Taiwan) in Nigeria to the Taipei Trade Office in Nigeria.

This name change was ordered by the Nigerian government along with the reduction of staff and the moving the office from Nigeria's capital of Abuja to its sprawling city of Lagos in January 2017. These demands are seen to be linked to a visit by China's Foreign Minister Wang Yi.

After a 800-kilometer move last December 8 that included 20 hours of overland travel in the company of 15 armed police, the newly named office in Lagos is scheduled to open today (Jan. 5).

As a form of retaliation, MOFA said it had sent a message to the Nigerian office in Taiwan to move out of Taipei City. The office said it had received the notice and was awaiting instructions from superiors on when and where the move would take place, the Central News Agency reported.

Apart from Nigeria, four countries which have no formal diplomatic relations with Taiwan have asked the Taiwan office in their countries to change the name, including Bahrain, Jordan, the United Arab Emirates, and Ecuador, in 2017 due to Chinese pressure.
China News Desk Nigeria Politics Society
Reactions: