US To Contribute $45.5m To Rehabilitation Efforts In North-East 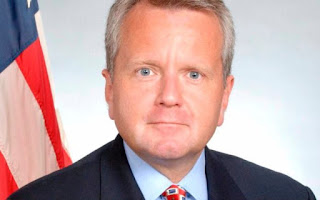 ABUJA, NIGERIA (THIS DAY) -- The United States Government has said it will contribute an additional $45.5 million to rehabilitation efforts in the North-east.


US Deputy Secretary of State, John Sullivan, said this at the Nigeria-U.S. Bi-National Commission (BNC) meeting in Abuja on Monday.

Mr. Sullivan said the support would help those who had been affected by violence in the North-east to rebuild their lives.

“We are encouraged by Nigeria’s recent steps to establish a North-east Development Commission which could enable many of those displaced by conflicts restart their lives.

“I am proud to announce that the United States, through our colleagues at USAID, will contribute an additional $45.5 million to support stabilisation and early recovery efforts to help those who have been affected by violence in the northeast to rebuild their lives.’’

He, however, urged the government to sustain a comprehensive approach to restoring peace, security and development in the northeast.

“That must include transparent and credible investigation of human rights violations and mechanisms to hold those found guilty accountable for their actions.

“This is essential to deepening the people’s trust of government, strengthening security efforts in the North-east and approving the United States ability to partner with Nigeria.”

He further called on government to enhance its efforts by ensuring an all-inclusive economic growth and reiterated his government’s commitment to Nigeria’s economic success.

According to him, the US will inaugurate a commercial and investment dialogue to enhance economic ties between both countries.

Sullivan said that the US Government, through its Power Africa initiative, would also help support the federal government’s efforts at improving electricity access to citizens in the country.
“Another key aspect of our shared prosperity is having the energy resources that are needed to fuel growth.

“I am pleased to announce today a 1.3 million-dollar project to address the shortage of gas available for gas fire power plants under the Power Africa initiative through the Department of State’s Power Sector programme.”

He advised the federal government to build on the successes recorded in the 2015 general elections ahead of the 2019 elections and also added that the US would further its technical assistance and support.

“Free, fair and peaceful 2019 elections at both the federal and state levels are fundamental to our continued partnership.”

Sullivan said that the US would continue to work “closely with the government of Nigeria on repatriating stolen assets to the people of Nigeria” to support the fight against corruption.
He added that the US would further support Nigeria in other development programmes to foster progress in the education and health sectors, including improved service delivery.

The Minister of Foreign Affairs, Geoffrey Onyeama said t the federal government had approved the establishment of the North-east Development Commission as part of measures to sustain peace and development in the country.

Onyeama, according to the News Agency of Nigeria (NAN) recalled that noteworthy achievements had also been recorded since the inception of the commission in 2010.

“The achievements recorded under the platform of this BNC since its inception in April 2010, covers several areas such as security, aviation, trade and investment, economic development, good governance, and power among others.