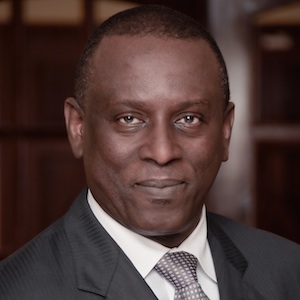 WASHINGTON (REUTERS) - The United States has charged a former Senegalese foreign minister and a Hong Kong man with bribing high-level officials in Chad and Uganda in exchange for contracts for a Chinese oil and gas company, the U.S. Justice Department said on Monday.

Chi Ping Patrick Ho, 68, of Hong Kong, and Cheikh Gadio, 61, were charged with violating the Foreign Corrupt Practices Act, international money laundering and conspiracy, the department said in a statement.


It said Gadio, a former foreign minister of Senegal, was arrested in New York on Friday. It added that Ho, who heads a non-governmental organisation based in Hong Kong and Virginia, was arrested on Saturday.

No one could be reached at the embassies of Chad and Uganda in Washington late on Monday. The missions did not immediately respond to emails requesting comment.

The Justice Department did not name the Chinese company.

“Wiring almost a million dollars through New York’s banking system in furtherance of their corrupt schemes, the defendants allegedly sought to generate business through bribes paid to the president of Chad and the Ugandan foreign minister,” Joon Kim, acting U.S. attorney for the Southern District of New York, was quoted as saying in the statement.

Idriss Deby has been Chad’s president since 1990. Ugandan Foreign Minister Sam Kutesa served as the president of the U.N. General Assembly in 2014 and 2015.

Ho’s attorney, Ed Kim, of Krieger Kim & Lewin LLP, declined to comment to Reuters. Bob Baum of Federal Defenders, who represented Gadio for the bail argument, did not immediately respond to a request for comment.

Ho was ordered detained after appearing in court on Monday, the Justice Department statement said. It said Gadio appeared before a judge on Saturday, but it did not say if he was detained.

The Justice Department said a $2 million (£1.51 million) bribe was paid to Chad’s president, who then provided the company with an opportunity to obtain oil rights in Chad without international competition.

The department said in the statement that Gadio was the go-between and was paid $400,000 by Ho via wire transfers through New York.

The Justice Department accused Ho of being involved with bribes and promises of future benefits to Uganda’s foreign minister in exchange for help in obtaining business advantages for the Chinese company.

Ho is the secretary general of China Energy Fund Committee, which describes itself on its website as “a think-tank registered and anchored in Hong Kong, devoted to public diplomacy, with special emphasis on energy and culture.” The organisation did not immediately respond to an email requesting comment.