Kazakhstan Seeks To Help Africa Rise Out Of Poverty 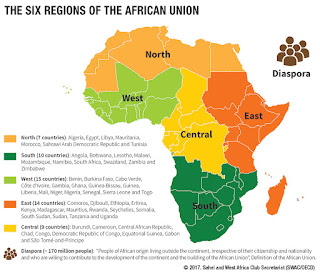 ASTANA (LATIN AMERICAN HERALD TRIBUNE) – Kazakhstan shared on Tuesday in a symposium with representatives of 43 African countries its experience in poverty reduction, in order to help Africa leave behind decades of economic hardship.

Ashikbayev spoke at the South-South Development Exchange symposium organized with the United Nations Development Program (UNDP) under the theme “Economic diversification and industrialization in Africa in the context of the Sustainable Development Goals (SDGs).”

Kazakhstan, declared a “middle income” country by the World Bank, has improved its poverty level from 40 percent in the 1990s to less than 3 percent today.

Ashikbayev recalled that sustainable development is crucial for countries in the African continent which, like Kazakhstan, are rich in natural and human resources.

“We believe that peer learning offers countries special opportunities and serves as a platform to exchange ideas and develop innovative solutions to common complex problems such as poverty and economic inequality,” the Kazakh Deputy Foreign Minister said.

“To support this process and enrich the debates, Kazakhstan is ready to share its own experience and learn from the success stories in Africa,” he added.

A situation that Ashikbayev has compared with that of some African countries, which have not seen their levels of poverty change since the last decade of the 20th century.

UNDP Deputy Resident Representative in Kazakhstan Munkhtuya Altangerel said that South-South cooperation could boost mechanisms such as accountability or transparency.

“It can provide some tangible development dividends: decent jobs, healthier citizens and better social welfare for children and young people,” he added.

Representatives of 43 African governments as well as members of academic centers and other development institutions are participating in the four-day symposium.

The SDGs are a set of objectives adopted by the United Nations that seek, through the adoption of various measures, the eradication of hunger and poverty, the protection of the planet and the reduction of inequalities.
Africa News Desk Society