Trump: 'Only Time Will Tell' On Improving US-China Trade 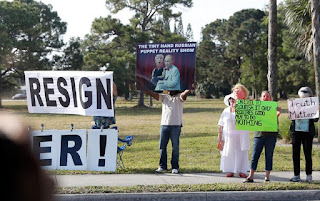