Getting Serious About Made-In Nigeria 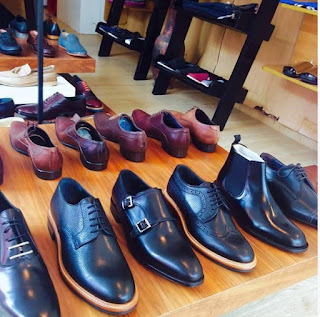 Made in Aba Shoes. Image courtesy of Ebal's Blog

The current frenzy about promoting Made-In-Nigeria goods is the third attempt in living memory. It invariably occurs when we run out of petrodollars accumulated during years of oil boom in our external reserves, only to abandon it once crude oil prices start rising again. In 1978, the General Olusegun Obasanjo regime introduced a package of economic reforms termed Austerity Measures.

For the first time since the end of the Civil War, we took a $2.8 billion foreign loan, which the technocrats of those days assured Nigerians would be easily repaid. Not much is known of how the loan was spent to improve Nigeria’s economic situation. The scale of our foreign indebtedness eventually rose to over $30 billion, which was liquidated through a debt buy-back.

1978, the Austerity Measures were anchored on the BUY MADE IN NIGERIA GOODS platform. Obasanjo personally led the campaign. All tiers and departments of government were compelled to buy their cars from Peugeot Automobile of Nigeria (PAN) or Volkswagen of Nigeria (VoN).

The idea was to drastically reduce the flow of dollars abroad. Imported goods which could be sourced in the country were also placed on the Federal Government’s prohibition list. The Head of State got his ministers and advisers to start wearing Nigerian attire to the office – except serving military officers. Also the menu at Dodan Barracks the seat of power then became heavy with Nigerian dishes – except when banquets were held for foreign visitors.

That policy ended with the Obasanjo military regime. With the return to civil rule in 1979 “Shagari Benz” quickly replaced the Peugeot 504 of the military regime. The politicians allowed importation of brocades and designer suits. Champagne became readily available, all because the price of crude oil took a temporary upswing.

Nobody in Shehu Shagari’s government wanted any part of the “hardships” of buying Nigerian goods. The leaders started to sabotage the effort; the people followed their lead. The campaign was forgotten in less than two years after Obasanjo, and local industries started dying one after the other. Now that we are in another recession, the campaign is up again. Nigeria has all the basic requirements to grow our economy and create millions of jobs if we collectively embrace the Made-In-Nigeria project.

We require a visionary, exemplary leadership with a priority list and patriotic citizenry, not empty rhetoric. Nigeria must go into massive production of certain foods, clothes, selected drugs and other consumable items which we can easily handle, and ban the importation of same.