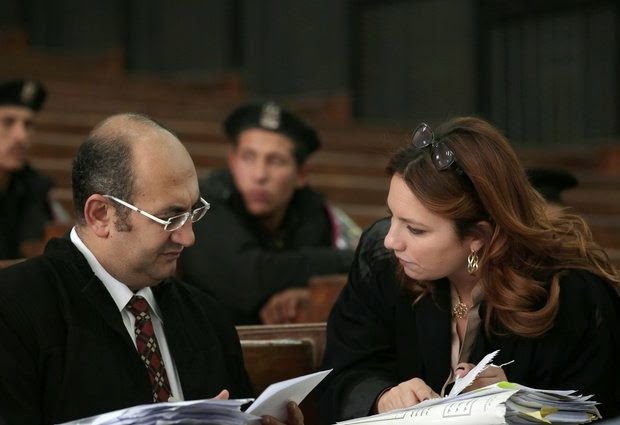 Egyptian lawyer Ragia Omran, right, speaks with lawyer Khaled Ali, during a trial session of activists facing charges on organizing unauthorized protests, at a courtroom in Cairo, Egypt. Revolution supporters have been left demoralized. Some are in prison, some have left the country. Some, as Omran puts, are getting married and trying to live their lives. Others, like Omran and human rights lawyers doing similar work, are simply doing what they can.