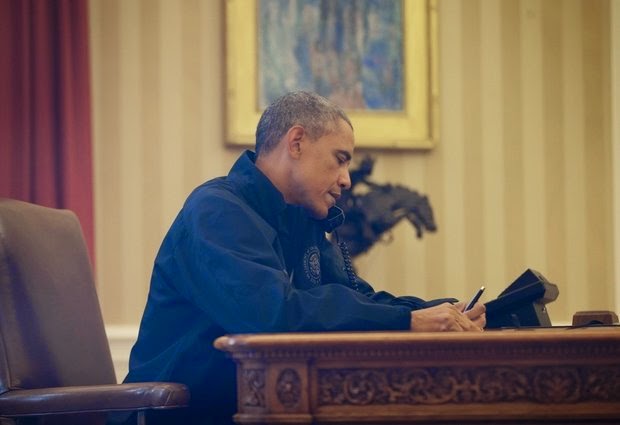 Seen through the window of his Oval Office, President Barack Obama talks with Health and Human Services Secretary Sylvia Burwell for an update on the new Ebola virus diagnosis in Dallas at the White House in Washington, Sunday, Oct. 12, 2014.


WASHINGTON (AP) — President Barack Obama has gotten an update about the latest developments on Ebola from his health secretary and his assistant for homeland security.

The White House says Obama has asked the Centers for Disease Control and Prevention to move as quickly as possible in investigating the apparent breach of infection control procedures at the Texas hospital that had treated a Liberian man with the virus.

Obama also is having federal authorities take more steps to make sure hospitals and health care providers are ready to follow the proper procedures in dealing with an Ebola patient.