Here's The Status Of Gay Marriage In All 50 States 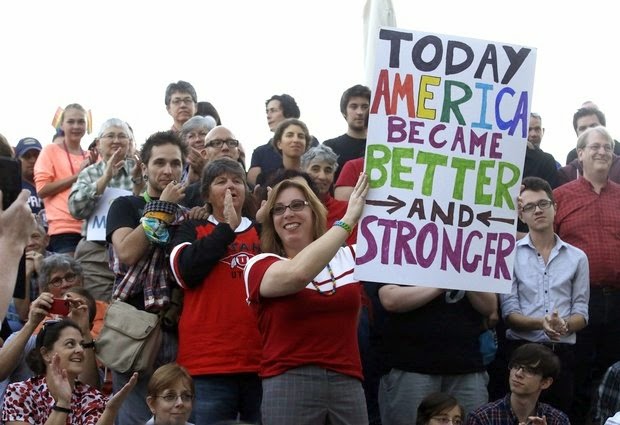 People gather during a gay marriage rally Monday, Oct. 6, 2014, in Salt Lake City. Same-sex couples in Utah were celebrating after the U.S. Supreme Court on Monday cleared the way for gay marriages to begin.