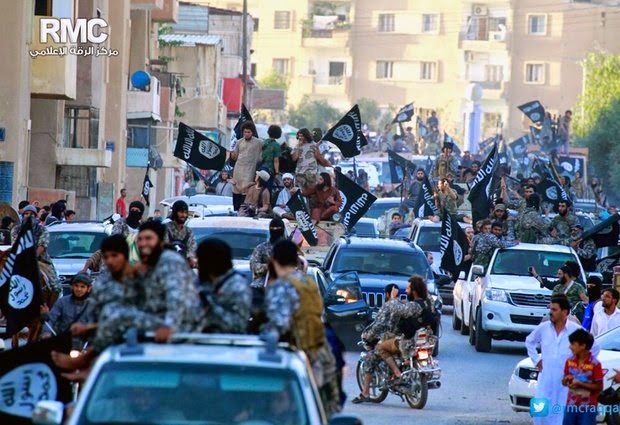 In this undated file image posted by the Raqqa Media Center, a Syrian opposition group, on Monday, June 30, 2014, which has been verified and is consistent with other AP reporting, fighters from Islamic State group parade in Raqqa, Syria. The Islamic State group is often described as the most fearsome jihadi outfit of all: a global menace outweighing al-Qaida, with armies trembling before its advance. But while the group has been successful at seizing parts of Iraq and Syria, it is no unstoppable juggernaut.