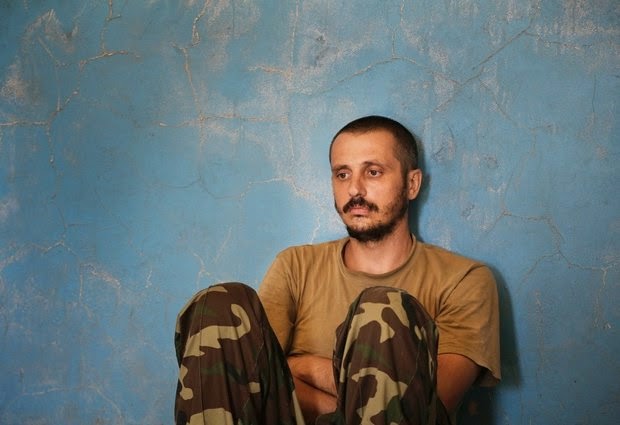 A captured Ukrainian border guard sits in a garage at the Novoazovsk border crossing point, in eastern Ukraine, Friday, Aug. 29, 2014. In Novoazovsk, pro Russian rebel fighters looked to be in firm control, well-equipped and relaxed. At least half a dozen tanks were seen on roads around the town, although the total number at the rebels’ disposal is believed to be much greater. Novoazovsk fell swiftly to the rebels Wednesday after being pounded by shelling.