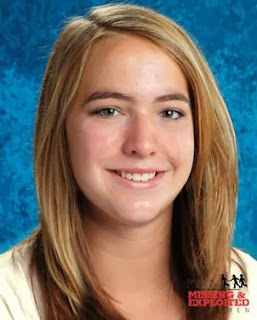 
(NBC NEWS - November 23, 2013) An infant girl who was abducted in South Carolina 19 years ago has been found living a "normal life" in Australia, authorities said, and her mother faces federal kidnapping and other charges.

Savanna Catherine Todd, now 20, of Isle of Palms, S.C., disappeared in April 1994 as her parents were in the middle of a bitter divorce battle. Until earlier this month, she hadn't been seen since, William Nettles, the U.S. attorney for South Carolina, said in a statement.

The statement gave few details, saying only that Todd "has been located and found to be safe, healthy and otherwise living a normal life" and that her mother, Dorothy Lee Barnett, was arrested Nov. 4 in Australia.
Barnett — who is now 53 and had been living in Queensland under the aliases Alexandria Maria Canton and Alexandria Maria Geldenhuys — was denied bond Wednesday and was ordered extradited to the United States. No hearing date was entered.

A grand jury indictment unsealed Thursday in U.S. District Court in Charleston charges Barnett with one count of international parental kidnapping and two counts of making false statements in passport applications when she sought to return to the U.S. in 2003 and 2004. She faces up to 23 years in prison if convicted.
According to police and missing persons records from the original investigation, Savanna was 9 months old when she vanished on April 24, 1994. Her father, Harris Todd, a prominent developer in Kentucky and South Carolina, had custody, but Barnett was allowed supervised weekends of visitation.

During one of those visits, Barnett persuaded the visitation supervisor to let her take Savanna to a birthday party unescorted, according to case records. The two never returned.

In court documents filed in the divorce proceedings, Todd alleged that Barnett drank heavily while she was pregnant with Savanna and that she had a bipolar disorder for which she refused to seek treatment.

Over the years, Barnett had been reported spotted in Texas, Australia, Switzerland, South Africa, Belize and Mexico. Nettles' statement gave no details about how Barnett was eventually found, but it specifically thanked the Australian Federal Police for its assistance.
Blogosphere NBC News News Desk
Reactions: