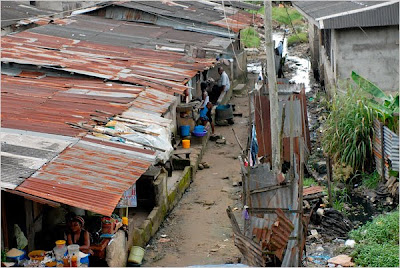 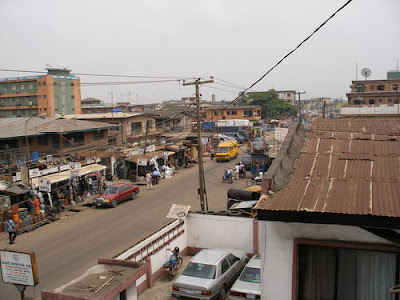 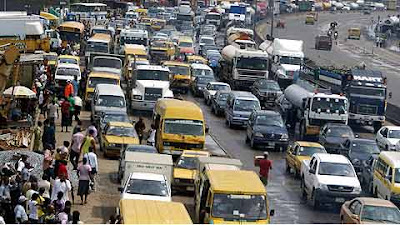 Traffic stretching from the Cele Bus Stop to Mile 2 on the Apapa-Oshodi Expressway. Photo by Diran Oshe, Vanguard 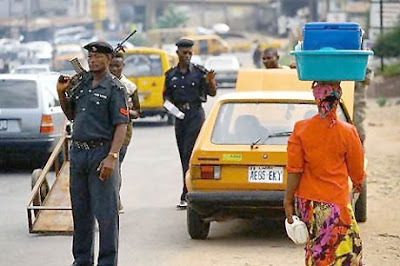 Police men, of the Mobile variety(MOPOL) at some check-points, according to the driver, demand more than N100 since they consider themselves special. Indeed the vehicle was flagged down at two of such checkpoints and the driver “settled” accordingly. By Fredrick Okopie, Vanguard 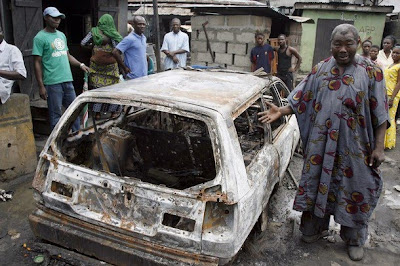 Nigeria's boxer in 1964 Olympic in Tokyo, Japan Siki Panter points to his Toyota Camry car burnt by the explosion in Lagos on July 24, 2008. A petrol tanker burst into flames at the Orile Iganmu district of Lagos, killing dozens of people in a public transport heading to their offices early this morning and leaving several others with severe burns, including vehicles, shops and houses. GETTY IMAGES 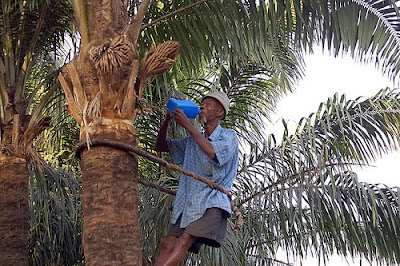 A Nairaland exclusive. The palmy man is getting high on his own supply. Na real wah! 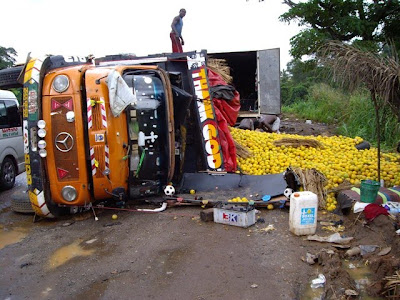 I found this at Nairaland. That's the notorious death trap Lagos-Benin Express Road. According to the commentator at Nairaland: "Odikwa risky!" 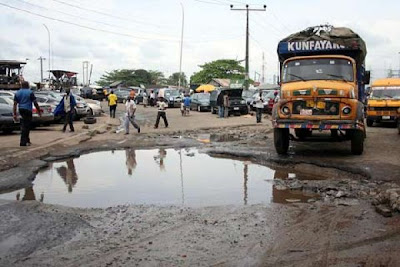 Gov. Fashola hasn't checked out these slums yet in his bid to clean up Eko? 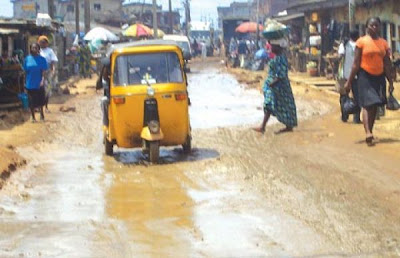