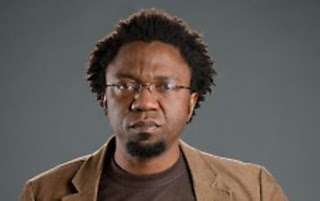 Professor Patrice Nganang. A judge ordered the release of Nganang held in the Central African nation of Cameroon since early December 2017. Patrice Nganang's lawyer says the dual U.S. and Cameroonian citizen was released early Wednesday, Dec. 27, 2017. Emmanuel Simh says his Cameroonian passport was taken and that he will be expelled to an unknown destination. (Stony Brook University via AP, File)

YAOUNDE, CAMEROON (AP) — A New York literature professor held in the Central African nation of Cameroon since early this month for writing an article that criticized the government was released Wednesday, his lawyer said.

Stony Brook University Professor Patrice Nganang was expelled from Cameroon and has been told not to return to the country where he was born, lawyer Emmanuel Simh said. Nganang, 37, who has dual citizenship in Cameroon and the United States, had faced a Jan. 19 hearing after being detained Dec. 7. The court in Yaounde early Wednesday announced he would be let go and that all charges against him were dropped.

The charges included issuing a death threat; insulting constitutional bodies, specifically the military; and inciting violence in a Facebook post, according to the New York City-based Committee to Protect Journalists and other supporters.

Nganang, an essayist and novelist, wrote an article for weekly news magazine Jeune Afrique that was critical of how Cameroon's government has handled a sometimes violent secessionist movement in some English-speaking areas of the country.

The English-speaking minority in Cameroon has complained about discrimination by French speakers. Human rights groups, which have accused Cameroon authorities of trying to silence opposition voices, had urged Nganang's release.

"We can only be very happy, when we have an unlawfully and arbitrarily detained client, to see him released," Simh said. Nganang's wife, Nyasha Bakare, told The Associated Press by email Wednesday that her husband had begun his trip back to the United States and would arrive in Washington D.C. on Thursday.

"We are so very happy that this 21-day ordeal is over," Bakare wrote from Zimbabwe's capital of Harare, where she was with the couple's 8-year-old daughter. Bakare has said Nganang was on his way to join them in Zimbabwe for the holidays when he was detained at the airport in Cameroon's capital, Yaounde. The family will reunite in New Jersey on Friday, she said. "As I write this from Zimbabwe, where I recently witnessed firsthand the fall of a dictator, Robert Mugabe, who was only 2 years longer in office than Cameroon's Paul Biya has been, I have to continue to hope that tyrannies in Africa will soon come to an end," Bakare wrote.

Robert Harvey, a distinguished professor at Stony Brook University who helped lead a campaign to get Nganang released, said his colleague's supporters were overjoyed by the news. "It's just wonderful, we're all ecstatic," Harvey said. He described Nganang as a professor "who believes profoundly in the power of literature to improve us as human beings."

Nganang has been teaching in the United States since 2000 and at Stony Brook University on eastern Long Island since 2007, according to Harvey. He is scheduled to work as a visiting professor at Princeton University in the spring. He has published scholarly essays, novels and books of poetry.

Last week, a military appeals court in Cameroon acquitted and freed Ahmed Abba, a correspondent for Radio France International's Hausa service, who had been sentenced to 10 years in prison for not denouncing acts of terrorism and laundering proceeds of terrorist acts.

Cameroon had also faced international pressure over his conviction.