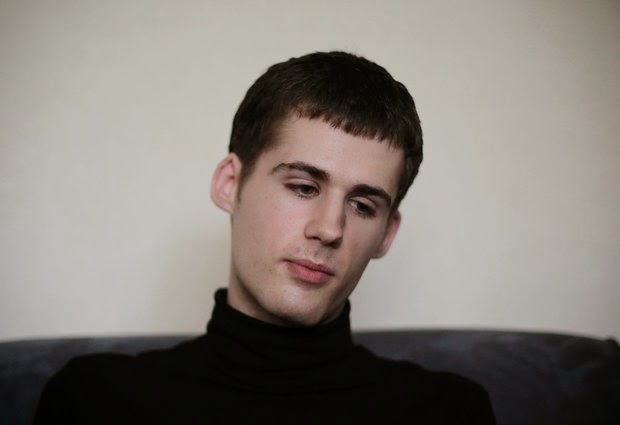 Matthew Miller, an American detained in North Korea, speaks to the Associated Press, in Pyongyang, North Korea. A trial has been held in North Korea for Miller, who had been detained since April. The trial was held Sunday morning, Sept. 14, 2014. Details were not immediately available. Miller, 24, of Bakersfield, California, was detained for violating his tourist status when he entered the country. The specific charges or punishment he could face were not announced before the trial. He is believed to have torn up his visa at Pyongyang's airport and demanded asylum.


PYONGYANG, NORTH KOREA (AP) — North Korea's Supreme Court on Sunday sentenced Matthew Miller, a U.S. citizen, to six years of hard labor for entering the country illegally and trying to commit espionage.
At a trial that lasted about 90 minutes, the court said Miller, 24, of Bakersfield, California, tore up his tourist visa at Pyongyang's airport upon arrival on April 10 and admitted to having the "wild ambition" of experiencing prison life so that he could secretly investigate the North Korean human rights situation.
Miller, who waived the right to a lawyer, was handcuffed and led from the courtroom after his sentencing. The court ruled that it would not hear any appeals to its decision. Earlier, it had been believed that Miller had sought asylum when he entered North Korea. During the trial, however, the prosecution argued that it was a ruse and that Miller also falsely claimed to have secret information about the U.S. military in South Korea on his iPad and iPod.
Miller is one of three Americans now being held in North Korea. A trial is expected soon for Jeffrey Fowle, who entered the North as a tourist but was arrested in May for leaving a Bible at a provincial club. The third American, Korean-American missionary Kenneth Bae, is serving out a 15-year sentence for alleged "hostile acts."
All three have appealed to the U.S. government to send a senior statesman to Pyongyang to intervene on their behalf. During a brief interview with The Associated Press in Pyongyang last week, Miller said he had written a letter to President Barack Obama but had not received a reply.
Fowle, a 56-year-old equipment operator for the city of Moraine, Ohio, said his wife, a hairstylist from Russia, made a written appeal on his behalf to Russian President Vladimir Putin. He said the Russian government responded that it was watching the situation.
The U.S. has repeatedly offered to send its envoy for North Korean human rights issues, Robert King, to Pyongyang to seek the freedom of the detainees, but without success. Former President Bill Clinton came in 2009 to free a couple of jailed journalists. Jimmy Carter made the trip in 2010 to secure the release of Aijalon Gomes, who had been sentenced to eight years of hard labor for illegally crossing into the country to do missionary work.
In 2011, the State Department's envoy for North Korean human rights managed to successfully intervene in the case of Korean-American businessman Eddie Yong Su Jun.
Associated Press Korea News Desk United States
Reactions: