LA County To Pay $47M Over Alleged Misconduct By Deputies 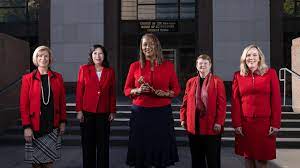 In three of the cases deputies shot people; in one, deputies failed to prevent a man from killing himself in jail and in another a man — whose family said he was suffering a mental health crisis — died after being violently restrained by deputies.

The board approved each settlement unanimously, the Times said.

The county will pay $8 million to the family of 18-year-old Andres Guardado, who was shot five times in the back by a deputy in 2020.

Sheriff’s officials have said Guardado displayed a handgun when two deputies spotted him outside an auto body shop where his family said he worked as a security guard.

Guardado had surrendered, placed the handgun on the ground and was lying face down when one of the deputies, Miguel Vega, approached to cinch handcuffs around the teenager’s wrists, Vega’s attorney previously told the Times.

According to the deputy’s account, Guardado reached for the gun, prompting Vega to fire six shots, five of which hit Guardado.

His father, Cristobal Guardado, said in a statement that while the settlement brings closure, the family won’t have peace until the deputy is held criminally responsible.

In another case, $16.2 million was approved for the family of Eric Briceno, 39, who died in 2020 after being beaten and shot with a stun gun at his family’s Maywood home.

His mother had called the Sheriff’s Department to say her son was having a mental health crisis and seeking help. The coroner’s office said Briceno died from the effects of being restrained.

The district attorney’s office is still deciding whether to file charges against the deputies in the deaths of Guardado and Briceno, a spokesperson said Tuesday.

The largest settlement — $16.5 million — was awarded to Timothy Neal, who was shot by deputies in 2019 after they breached the door of his bedroom, where he was holding two knives, according to the DA’s office review of the incident.

Prosecutors declined to file charges against the deputies, concluding that they acted in self-defense.