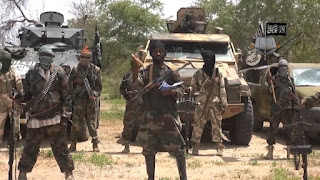 Nigeria's Islamist militants Boko Haram
BY MARK A. KELLNER, THE WASHINGTON TIMES
Afghanistan’s Taliban, Nigeria’s Islamist militants and Iran’s supreme leader are among the world’s top persecutors of Christians, according to an annual report by an international advocacy group.

International Christian Concern (ICC) reported Wednesday that persecution in Afghanistan is at “its highest levels since the Taliban’s first government, established in 1996,” and that tens of thousands of Nigerian Christians have died at the hands of the Islamic fundamentalist Fulani militants since 2000.

“This report isn’t a list of sad, small statistics happening somewhere in the world, far-removed from us,” ICC President Jeff King said in a statement. “Many of these are mass human rights violations, with some approaching genocide.

“Religious freedom is an issue that affects people of all faiths and is a key driver in political freedom. This report is a wake-up call to churches in the West and a challenge to know the truth and act on it.”

According to the group’s Persecutors of the Year report, the top four countries are China, whose attempts at “sinicization” of religions has led to persecution; Algeria, which has closed dozens of Protestant churches; Egypt, where Coptic Christians are under threat; and Pakistan, where fundamentalists have persecuted Christians and other religious minorities.

The group also identified as persecutors: