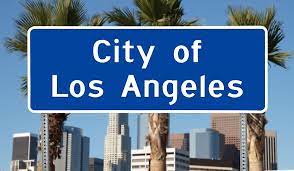 BY KIRA T. CONLON
LOS ANGELES (THE NATIONAL LAW REVIEW) - On December 4, 2019, the Los Angeles City Council adopted Ordinance No. 186477 which prohibits a “restricted developer” or “principal” from making contributions to the Mayor, City Attorney, City Councilmember, a candidate from one of these offices, or a City committee controlled by one of these individuals (“Restricted City Officials”), effective June 8, 2022. The contribution ban applies from the date the application of a significant planning entitlement is submitted to the City of Los Angeles Planning Department, and ends 12 months after the Letter of Determination for the project is issued, or the date the decision on the application is final. Contributions made prior to June 8, 2022 are not subject to the ban.

Effective June 8, 2022, at the time of application filing, basic applicant and project information must be filed in the City’s Restricted Developer Filing System (“RDFS”). The Ethics Commission released a Flyer answering some Frequently Asked Questions and provides City contact information.

What does this mean for developers? This ordinance means that all developers seeking any of the significant planning entitlements identified above must register with the City and cannot make contributions of any kind to Restricted City Officials’ campaigns from June 8, 2022 onward. Anyone found in violation of the ordinance may not be involved in an application for 12 months after the determination of the violation, in addition to any other penalties established in the Los Angeles Municipal Code.