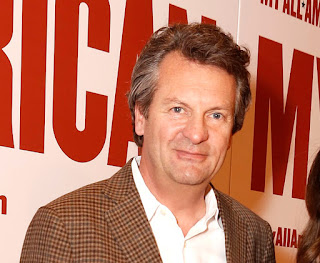 The former head of a Hollywood production and distribution company has agreed to plead guilty next week to federal charges alleging he attempted to swindle the coronavirus-relief Paycheck Protection Program out of about $1.7 million.

William Sadleir, 67, will enter his plea to one count each of bank fraud and money laundering on March 16 in Los Angeles federal court, according to the U.S. Attorney’s Office.

Sadleir’s attorney could not immediately be reached for comment.

The defendant allegedly obtained three loans by falsely claiming that the money would be used to support Aviron payroll expenses. Prosecutors contend Sadleir actually used the funds to pay personal expenses, including payments on his and his wife’s credit cards.

Within days of the loans being funded, Sandleir transferred nearly $1 million to his personal checking account, prosecutors said.

The U.S. Attorney’s Office in Los Angeles has agreed to recommend that whatever sentence is imposed should run concurrent with a sentence to be imposed in a pending case in the Southern District of New York.

Sandleir is scheduled to be sentenced in the New York case on May 10 after he pleaded guilty in January to wire fraud for misappropriating more than $25 million that had been invested in Aviron.

Sadleir was the chairman and CEO of Aviron, and oversaw its operations from 2015 until he was ousted four years later, according to court papers.

The CARES Act, which was enacted on March 29, was designed to provide emergency financial assistance to Americans who are suffering the economic effects caused by the COVID-19 pandemic. PPP loan proceeds must be used by businesses on payroll costs, interest on mortgages, rent and utilities.
COVID-19 Hollywood Los Angeles Movies News Desk