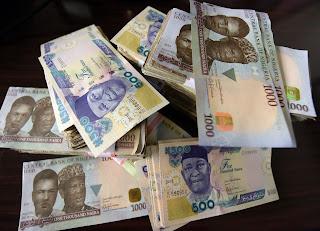 ABUJA (PREMIUM TIMES)--The much-vaunted devaluation of the Naira came into force on Friday despite the denial by the Central Bank of Nigeria (CBN) last week that same was not on the cards.

The apex bank on Friday sold dollars to deposit money banks at the rate of N380 to one dollar signaling the official return of a single exchange rate regime in the country's foreign exchange market.

An official circular by the Director, Trade and Exchange department of the CBN, Ozoemena Nnaji, said the development is part of efforts by the apex bank to establish a uniform rate between the official and the parallel market rates for bureau de change operators.

The circular was on the disbursement of the proceeds of the International Money Transfer Operator (IMTO).

With the new rate, the CBN has effectively collapsed the multiple exchange rate policy used in determining the value of the Naira since June 2016.

The country will now have a single exchange rate for official transactions and bureau de change operators as well as for importers and exporters of goods and services, amongst others.

This is the highest official exchange rate between the dollar and naira in the last two years.

Henceforth, dollars sold to banks will be at the rate of N376 per dollar, while banks to CBN will be at N377 per dollar.

Also, the rate by CBN to Bureau de change operators will be N378 per dollar, while BDCs to end-users should not be more than N380 per dollar. and the volume of sales for each market is $20, 000 per BDC.

Only last week the CBN denied any plan to devalue the Naira, as "the market fundamentals do not support Naira devaluation at this time."

To buttress its decision, the CBN argued that the Naira has been under pressure after crude oil prices fell below $30 per barrel at the international oil market Asa result of the impact of the coronavirus pandemic on the global economy.

Since last week, oil prices have crashed further to below $24 per barrel, way below the government's approved Benchmark price of $57 per barrel in the 2020 Budget.

This has resulted in the cut in the budget estimates by 20 per cent and a review of the oil price Benchmark to $30 per barrel.

The I&E window is the official market where foreign exchange is traded between banks, the CBN, foreign investors and businesses.

The apex bank usually buys and sells in the market as part of its intervention programme.
Abuja Newsroom Nigeria