How To Understand The Dethronement Of An Islamic Ruler In Nigeria 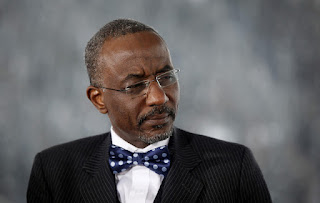 On March 9, Governor Abdullahi Ganduje of Kano state, through a unanimous vote of the Kano state executive council, dethroned Emir of Kano Lamido Sanusi. Soon after the vote, Sanusi was removed from his palace and escorted under tight security to nearby Nassarawa state. Shortly after Sanusi’s dethronement, the state government announced Aminu Ado Bayero, the son of the previous emir who died in office in 2014, as the new emir. Sanusi, in a video message after his dethronement, called on people to be calm and support the new emir.

Ganduje is in many ways a conventional Nigerian politician. A septuagenarian, he has moved back and forth among the two leading parties and has held multiple offices. As with many or most of Nigeria’s politicians, he is suspected of corruption. He has been feuding with Sanusi, whom he accuses of supporting his political opponents. In 2019, Ganduje moved to reduce the size of the emir’s domains by reducing its size and appointing additional emirs at the same level as the Emir of Kano. Now, the governor claims that Sanusi is guilty of insubordination and his removal is necessary to preserve the prestige of the office. Many Nigerians, however, feel that the governor moved out of resentment over Sanusi’s charges of corruption.

Before being turbaned, Sanusi was a governor of the central bank and had a highly favorable international reputation. He has also been a whistleblower with respect to state corruption, embarrassing the government of President Goodluck Jonathan with a $20 billion fraud allegation.

The Nigerian sate was created by the British during the colonial era and by the post-independence military. While ostensibly a democracy, state authority tends to be top-down, rather than bottom-up. For example, the military wrote the constitution, it has never been subject to popular ratification, and elections are manipulated by the rival cartels that have largely captured the state. This formal state is declining, buffeted by Boko Haram in the north, a low-level insurgency in the oil patch, and quarrels over land and water use that fall along ethnic and religious lines in the country’s middle belt. In addition, there is a nationwide crime wave. The state is disproportionately dependent on revenue from oil, whose declining price is putting stress on the budget and the complex network by which oil-based wealth is divided among the ruling elites. As the authority of the federal government has declined, that of the governors has increased.

However, federal and state governments have little relevance for many Nigerians, especially those living in the predominately Islamic north. Here, Nigerians turn to traditional rulers for justice and resolution of disputes. These traditional rulers have little formal, legal recognition by the Nigerian state, and they in theory are subject to the authority of governors, who can remove them from office. This has happened only rarely, most notably when the military ruler Sani Abacha removed an earlier emir of Kano. Nevertheless, at least up to now, the popular prestige of the Sultan of Sokoto, the Shehu of Borno, and the Emir of Kano appears to have been much greater than that of governors.

For the time being, Sanusi has accepted his removal as “the will of God.” It remains to be seen what the consequences will be of the governor’s action. If he “gets away with it,” and there is no widespread popular reaction, it will be a sign that governors are, indeed, in many ways now the predominate power-brokers in Nigerian governance, even to the point of displacing traditional rulers that enjoy popular support. However, it may take some time before the consequences of Sanusi’s removal become clear. Abacha’s removal of an earlier emir of Kano destabilized traditional authorities in the north in ways that were hard to see at the time but with hindsight contributed to the erosion of the authority of the military regime.