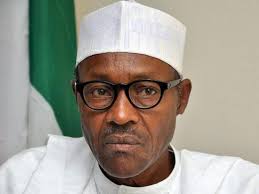 * Nigeria still without a cabinet four months after election

Government activities, which almost ground to a halt ahead of February's election, slowed further after his victory, leaving foreign investors trying to gauge how much of a hit the stock market will take from the hiatus.

"It is massive," said Andrew Brudenell, lead senior portfolio manager for frontier markets equities at Ashmore Group. "Even when oil prices were back up at $70 heading to $80 again, the stock market did not do anything. They (stocks) just continue to trickle down as people give up on their investments."

The stock market in Nigeria, Africa's top oil producer, has failed to keep up with frontier markets peers, a subset of smaller and often riskier emerging economies. The MSCI Nigeria index has dropped more than 15% since the start of the year, making it one of the worst performing markets in the index, even as the wider MSCI Frontier Market index rallied nearly 10%.

Nigerian politics often move at a glacial pace. Buhari took six months to swear in a cabinet after the 2015 election - a delay critics contend contributed to the slow response to low oil prices that pushed Nigeria into a recession in 2016.

But some investors said they had hoped that as the incumbent, he would move more quickly. Senegal's Macky Sall and South Africa's Cyril Ramaphosa both appointed ministers within days of being sworn in as president this year.

Since the dissolution of Buhari's first cabinet in late May, senior civil servants, who oversee day-to-day operations but lack authority to approve major decisions, have run Nigeria's government departments.

Civil servants do not approve capital expenditure, which means contractors are not getting paid.

"The process of payments is challenging and extremely time consuming," said one large government contractor, who asked not to be named.

Civil servants also do not take leading roles in deal-making in the all-important oil sector, a fact that has slowed negotiations with Saudi Arabia, a source close to the talks told Reuters.

Saudi Arabia is considering investing millions of dollars into revamping the state oil company's ailing refineries – a years-long target for the petrol-importing country. It is also mulling construction of an entirely new refinery and investing in liquefied natural gas (LNG).

The political void has affected investors of all types.

"You want to see that: a) people are in control and b) work on behalf of all stakeholders - including foreign shareholders," said Julian Mayo of Fiera Capital. "I don't think really any of that applies in Nigeria at the moment."

Buhari has offered no public explanation for the delay. Some insiders say it stems from a desire to avoid delegating to ministers.

Members of his first-term cabinet complained they lacked access to Buhari and did not know what was expected of them, said Clement Nwankwo, director of the Policy and Legal Advocacy Centre, an Abuja-based think-tank.

"Whether his approach is related to his military background, I don't know. It just seems to be who he is," Nwankwo said.

Buhari's spokesman, Garba Shehu, declined to comment on this but rejected suggestions that delays over cabinet appointments had adversely affected government operations.

"Normal running of government is going on because the permanent secretaries (senior civil servants) are running the ministries until the ministers are appointed," he said.

Shehu said Buhari would likely submit cabinet nominees to the upper house of parliament in July. Picks must be vetted by security services and then approved by parliament. But the legislature is expected to go on leave in July and not return until September.

Some observers question how much difference new ministers will make in an administration in which power is concentrated in the hands of the president and a close circle of confidants, including chief of staff Abba Kyari.

"I don't see any reason why that would necessarily change," said a Western diplomat, who did not want to be named.

Buhari has made other key appointments: He confirmed central bank governor Godwin Emefiele for a second term and appointed a new head of the state oil company.

Bucking a trend of one-term governors, Emefiele said he will keep the controversial managed float of the naira, which investors and the International Monetary Fund have asked Abuja to scrap.

That policy prompted many overseas investors to quit Nigeria in Buhari's first term.

"Across the board everyone is saying they don't see any prospect for real policy change," said a U.S.-based fund manager, speaking on condition of anonymity.