Nigeria Celebrates Its Democracy But Millions Remain In Poverty 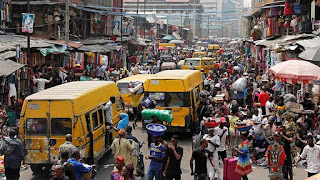 On Monday, Nigeria's President Muhammadu Buhari officially made June 12 a public holiday. The day celebrates 20 years of democracy in a country that was under military rule for decades after winning its independence from Britain in 1960. However, as the West African nation celebrates, worries about its fragile economy persist.

While Nigeria's economy has recovered since falling into a recession in 2016, that growth has been slower than expected.

"Unfortunately, growth in the country has remained relatively stagnant following their recovery out of recession in 2017," Christopher Dielmann, director of macroeconomic and sovereign research with Tellimer, told Al Jazeera. Estimates by the International Monetary Fund (IMF) and World Bank suggests that Nigeria's growth in 2019 and 2020 will register at 2.1 percent and 2.2 percent, respectively.

Today, Nigeria's oil-driven economy is less susceptible to any outside shocks such as falling oil prices, but disruption in domestic oil output remains a risk for Africa's largest economy.
Oil production risks

According to OPEC, Nigeria's oil and gas sector accounts for 65 percent of its government income.

"Oil production [in Nigeria] is on a long-term downwards trajectory," said Ed Hobey-Hamsher, a senior Africa analyst with global risk consultancy Verisk Maplecroft. He explained that without the passage of the Petroleum Industry Governance Bill, which is meant to improve transparency and attract investment in Nigeria's oil and gas sector, its oil output would suffer. "Oil production is projected to peak next year before steadily declining throughout the 2020s."

Hobey-Hamsher says that lower oil output will translate into less government revenue for Nigeria, meaning less money for the government to pay its bills.

This will delay spending on government projects that are needed to grow the economy.

Those projects are "required to address the most significant bottlenecks to sustained and sustainable economic growth, namely the infrastructure deficit and unemployment," he said.
Not enough jobs

Unemployment remains high. According to Nigeria's National Bureau of Statistics (NBS), in the working-age group (15-64 years of age) unemployment has hit 23.1 percent. This is a five percent increase from 2017, when it was at 18.1 percent.

According to Dielmann, the biggest risk facing Nigeria is the lack of economic growth, rapid population increases, and increasing levels of unemployment.

his month, World Poverty Clock, a project of the World Data Lab which tracks income levels for individuals around the world, showed that more than 90 million Nigerians are now living in poverty. This is the second year in a row Nigeria has landed in the top spot of the World Poverty Clock. In May 2018 the country overtook India with the most people living in poverty.

World Poverty Clock defines poverty as living on less than $1.90 per day.

"Ultimately, the combination of these factors place a tremendous amount of social strain on the country's population that are not sustainable in the long term," Dielmann said.

"I think the GDP should be growing at least double the population growth rate in order for the country to lift its people out of poverty," Ayodele Akinwunmi, head of research with FSDH Merchant Bank Limited in Nigeria said. "So I expect a GDP growth rate range of 5-6 percent. This growth rate is achievable if the country can fix the identified constraints. Nigeria has achieved higher growth rates before."