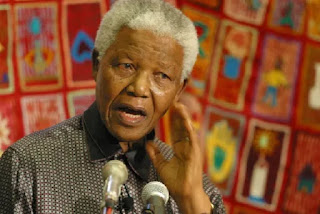 Ian Rainey’s article (South Africa — why it’s a great country that has been ruined, News Letter, April 9) is a most perceptive, insightful piece based on personal experience of socio/economics on the African continent.

I witnessed the excesses of Apartheid (1965) in South Africa and followed the long struggle for political freedom as exemplified by Nelson Mandela’s life (pictured).

The ANC became the leading party of eventual self-government. The ideology of democracy is essentially an evolutionary concept of European states. When transposed to new African states well-meaning outsiders did not understand the peculiar styles of indigenous governance through ‘Kings, chiefs and Indunas in a setting of unwritten rules’.

European colonialists ruled by a mixture of direct and indirect rule. Local chiefs were exploited and they exerted their power through ownership of land and the movement of people. Payment for forced labour was determined by chiefs.

In some West African colonies British authorities actually created chiefs where they did not exist (Northern Ghana and Eastern Nigeria).

The new African nations having achieved independence soon became one party kleptocracies largely because of an inability to dump tribal patterns of governance.

Attempts were made by President Kaunda of Zambia in 1964 and the political rallying cry for his United National Independence Party was : ‘One Zambia, one nation, one party, one leader’.

Marxist Samora Machel, the first president of Mozambique stated constantly : ‘For the nation to live, the tribe must die.’

However, in practice tribal leaders became cadres of the ruling party and carried on as they had done for centuries.

Economic prospects for any new African state are bleak. Income per head in the richer countries of the world grows at about 2% per annum.

It would take most poor African states 60 years of annual GDP growth of more than 6% to catch up with richer nations. Only two African States, Botswana (diamonds) and Equitorial Guinea (oil) have achieved growth more than 6%.

The Republic of South Africa could descend rapidly into anarchy unless a new cohort of politicians takes over and imposes strict rules for accountability and economic progress.
Apartheid Democracy Nelson Mandela Newsroom South Africa