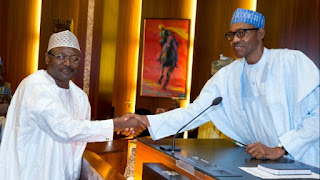 
(COUNCIL ON FOREIGN RELATION)--Nigerians will go to the polls for elections in February and March 2019. In line with its mandate, the Independent National Electoral Commission (INEC) has reminded candidates that they are prohibited by law from campaigning before November 18, which marks ninety days before election day for federal offices, which is scheduled for February 16. Elections for state-level positions will take place on March 1 and campaigns will begin on December 2. The campaign period is a very delicate time and is often characterized by violence, abuse of power, hate speech, and corruption.

For the 2019 general elections at the federal level, Nigerians will elect a president and vice president, 109 Senators, and 360 members of the House of Representatives. In state level elections two weeks later, they will elect 29 state governors and 991 members of states’ Houses of Assembly. For the Federal Capital Territory (Abuja), 62 Councilors and 6 Area Council Chairpersons will be elected.

The elections come with huge logistical and operational challenges, but the greatest challenge facing election officials in Nigeria is the enforcement of rules, and by extension, securing the cooperation of the political class. The Electoral Reform Committee of 2008, or the Uwais Committee, was set up following the 2007 general elections. Local and international observers determined them to be the worst elections since the return to democracy in 1999. The Uwais Report [PDF], which is still the most comprehensive review of Nigeria’s electoral process, identified the weakness of the enforcement regime and the attitude of the political class as the two primary problems facing credible elections in Nigeria. Unfortunately, the political class has continued to find ways to undermine elections and enforcement remains weak.

Under Section 150 of the Electoral Act 2010 (as amended) [PDF], INEC is granted the authority to prosecute electoral offences. However, INEC lacks the actual capacity and resources to fulfill this mandate. Despite its best efforts, INEC has only been able to prosecute successfully a handful of cases since 2015. The police are responsible for investigating crime, including that related to elections. But, INEC has no operational control over the police to ensure the investigation of allegations of electoral fraud. The ministries of justice at the state and federal level, which exercise a complimentary role in crime prosecution, have typically shown little interest in electoral accountability. Prior to the 2015 elections in Nigeria, the National Human Rights Commission documented a list of individuals indicted for electoral malpractices in the course of election tribunal proceedings. They submitted that list to the Attorney General of the Federation, but no further action was taken.

The structures of accountability and law enforcement in Nigeria are often under the control of politicians who exercise undue influence on the actions of those agencies. This makes any form of accountability difficult. Politicians understand that they are unlikely to face consequences for tampering with the electoral process, thereby undermining the elections’ legitimacy and fairness. Furthermore, electoral impunity is a major trigger for violence and instability in the region. Election-related violence led to the deaths of over eight hundred people in 2011, according to Human Rights Watch, and in the 2015 elections more than fifty Nigerians were killed in the run up to the election, according to the National Human Rights Commission.

Given the weakness of Nigeria’s electoral and judicial institutions, the political class has little incentive to play by the rules. Therefore, the success of Nigeria’s elections will hinge partly on tough love from international election observers and foreign governments. The United States in particular can help avert a crisis by supporting a framework for electoral accountability that encourages respect for the rule of law. This framework must include punitive measures. Within this context, the United States should consider targeted sanctions and travel bans against individuals who abuse their office or who undermine the electoral process through their supporters. In instances were such actions trigger mass violence, the observer missions and foreign governments should demand accountability. Observers and international NGOs will also need to support local civil society as they document infractions in the electoral process, support community mandate protection initiatives, and provide technical and political support to INEC to allow it to hold the political class accountable.

Udo Jude Ilo is the Nigeria country representative for the Open Society Initiative for West Africa (OSIWA). Yemi Adamolekun is the executive director for Enough is Enough Nigeria (EiE).