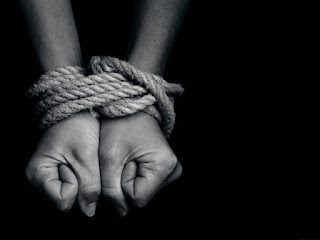 LOS ANGELES, CA (PATCH) — On the third anniversary of the Los Angeles Police Department's Operations- Valley Bureau Human Trafficking Task Force, that organization celebrated their successes with the knowledge their job was far from over.

The Bureau has resulted in 1,717 arrests related to human trafficking, pimping, lewd conduct and other acts since its inception.

"Ever since I was a little girl, I have known there was a problem with sex trafficking along Sepulveda (Boulevard) and Lankershim (Boulevard). This is why I made it my mission since I came into office to address these issues," City Councilwoman Nury Martinez said.

"Since launching the Operations-Valley Bureau Human Trafficking Task Force three years ago, we have already referred 236 women to our wonderful partner Journey Out," she said. "They have been there to help victims become survivors and rebuild their lives. Through this task force, we are rescuing girls from a life of being trafficked and enslaved, and we are putting pedophiles, gang members, and other criminals behind bars."

The task force has become a model for other cities and agencies, including the recent introduction of the Operations-South Bureau Human Trafficking Task Force in South Los Angeles, according to Martinez's office.

LAPD Deputy Chief Kris Pitcher said that after the department has "developed many new partnerships with the community and placed an emphasis on arresting those who exploit our women and children."

"The work being done by our task force has significantly benefited the community," Pitcher said.